HOW TO MAKE A FORTUNE WITH AIRBNB, OUTSOURCE LIKE MAGIC AND WATCH THE MONEY ROLL IN! 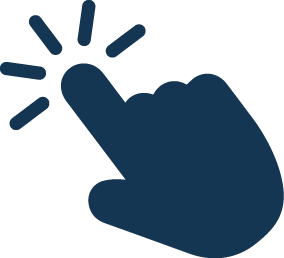 A complete course, on how to make over £1k net profit a month from the smallest flat or house! I’ll show you set up brilliant ‘home from homes’ to attract high paying customers, how to outsource the day to day management, and use easy no tears tech to run your business hands off, so you can enjoy the money rolling in!

All the tools and resources you need PLUS ‘how to’ videos explaining each step clearly. You can watch and study these wherever and whenever you want, taking you through the whole Serviced Accommodation Masterclass in easy-to-follow stages.

Automate it - Tech No Tears Promise

I’ll walk you through the best choices of easy to use tech, so you can have an automated international reach to customers and and automated guest check in & out, leaving you free to enjoy life and the money you make

Legally spy on your competitors

Selling is a skill

Simple processes to ensure you are automatically paid, attracting your target audience willing to pay you fast for your wonderful product

Serviced Accommodation is made for outsourcing, from guest management to property maintenance. Outsource like magic, sit back and watch the money roll in

Real life experience transferred in the comfort of your armchair

For newer investors, learn without risking your own money until you are ready to go by hearing great real life case studies

Plus you’ll also get access to these great resources:
Join the Serviced Accommodation Masterclass today and claim these bonuses!

Super simple checklist given you template to copy: 5 money making mobile text templates used by Susannah to earn over £1,000 profit per month per flat, for 3.5p per text investment per message! Serviced Accommodation hacks: super simple guest communication to get your responsive 5 star reviews and more bookings, which means more profit, with 5 key bonus tips

Read this Serviced Accommodation Kit Checklist before setting up your profitable Airbnb apartments. Don’t get it wrong for your Serviced Accommodation Strategy, by not knowing what to put in there, before you even start! 62 tick box simple checklist, with 4 BONUS tips to make you more cash and 4 easy to follow section to follow

Learn on the move

Never waste a moment and learn on the move, in the gym, on a walk, while you are commuting to get you to financial success

Profit from a little 2 bedroom Flat!

How would you use

Use it to buy more property for Buy to Let,
for passive income, (my preferred spend)?

To give yourself or your family a treat?
Fancy car or holiday, anyone?!

To pay off your home mortgage?

Leave your J.O.B. (just over broke) and live
on the significant profit you can make?

What do folks have to say about our training?

"Susannah has been fantastic, it is good to see the warts and all, a deep and transparent delve in to how the business is run and how you are successful with joint ventures and personal property. "

It was a wonderful delivery that you did at the Knightsbridge Progressive PIN. Your talk on deal sourcing is the best for me to date.

"Susannah is a very inspirational lady, full of energy, full of giving and with amazing insights and experiences. "

"Another fantastic weekend of learning surrounded by great positive people. Have already entered all the local auction dates into my calendar.
Loved it :)"

In the time working with Susannah Cole’s Mentoring Programme, I have raised more than £3 million in Private Finance.


THe programme has helped me clarify my goals, my business plan and most importantly, supported me work with property in Joint Ventures. The programme has a positive and supportive environment, and a can do mentality.


I wouldn’t be in the position I am without the Mentoring Programme.


Over the last couple of years I have focussed on development and also rental property development, and have been really helped by the constant focus on business tools such as PESTLE which has helped me develop my strategy.


I have currently raised a Private Finance Pot of £2 million, and on the time working with Susannah, I have raised over £3 million in total. Highly recommended!

Working with Susannah has enabled me to focus my transferable business skills to raise £450,000 of investor finance in the first six weeks of being on the programme.

“Susannah’s mentoring programme is breathe of fresh air. Her choice to focus on quality in all aspects of the mentoring programme including content and how its delivered coupled with a passion for property and helping people achieve their goals is inspiring. Getting out on site to see active projects brings to life what is taught in the classroom. It’s a really privilege to work with Susannah and would encourage other property entrepreneurs to experience it first hand at one of their workshops.”

"Amazing workshop, amazing people and amazing content sums it up."

"Susannah is a dynamo of ideas and energy and impressed our audience at Nottingham pin with her seemingly effortless way to success in property. We enjoyed the useful course we attended at her Bristol HQ where we learnt some great ideas."

"Today I went to Susanna's Deal Sourcing event. Completely worth the price. I got so much value you from this day and there was no upselling at all which is much better than other seminar events I've been to by other companies. Susanna takes a direct approach and tailors advice to the individual, theres no spoon feeding. The seminar is there to teach and educate so she makes you think and relate the advice to your own situation.
Would highly suggest to anyone looking for an approach to property in a smart methodical approach.
Thanks Susie!" - Theodore Ramwell

Before joining the TGPC mentoring group event crew, I already owned a portfolio of let properties, all of which I had refurbished to some degree, and amongst which was a courtyard development of 6 flats which I had created from a collection of derelict shops. However, the challenges of ownership since 2008 had deterred me from making further purchases and my confidence had declined noticeably.


Assisting on the mentoring course and sitting in on the sessions have restored that confidence , shown me how to leverage my time, and shown me how to attract joint venture investors, as a result of which I am engaged now in transactions to augment my let portfolio, to buy a site to create six flats from two houses, and to buy a bungalow on a large site and get planning permission to replace the bungalow with three or four 4 bed houses.

As a novice investor, I thoroughly enjoyed my two years mentoring with Susannah and I learned a huge amount from her, which I'm very grateful for. I'm now able to support myself financially through property, and this is very much down to Susie's vast knowledge of developing and investing, which is second to none. Her communication style is excellent – she puts things across in a very clear and accessible way, and her enthusiasm for property is utterly infectious. She's also very encouraging and generous, you can see she really gets a buzz out of helping people succeed. Unlike some mentors, Susie is keen to share the potential pitfalls in property and gives you a good idea of what kinds of mistakes to avoid. If you're looking for high-quality property education, I'd really recommend you check out her company, and I'd particularly recommend Susie's YouTube channel – it's basically a huge educational resource which I still watch and learn from regularly!

"Susannah is a great coach and mentor, and generous with information and time. She is full of energy and enthusiasm and is a superb purveyor of information and she has time for everyone - lots of it."

"I have seen Susannah present at a number of property networking events over the last couple of years. She has a very engaging personality and clearly has a thorough knowledge of marketing. Her joint venture work clearly produces results and consequently if you get the chance to see her speak, grab the opportunity."

Get motivation, free property knowledge and the latest offers to your inbox.